Michael E. Large was born and raised
in Wise County, Virginia. He graduated from Virginia Commonwealth University with a degree in Business Administration. Michael then earned a law degree from the Northern Kentucky University, just outside Cinncinati, Ohio.

After law school Michael immediately founded the law firm of Large and Associates in Bristol, Tennessee and has been the managing partner since.

Michael is a member of the Amerlcan Association of Justice’s Section on Nursing Home Litigation. Michael has handled many nursing home abuse and neglect cases in Tennessee and Virginia.

In 1996 Michael was chosen to serve as President of the Bristol Tennessee Bar Association. In 2001 Michael was also ask to serve as a Municipal Judge for the City Of Bluff City Tennessee and continues in that capacity in a part time position. 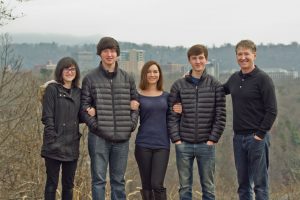 However, Michael’s most important title of all is “Dad.”

Michael and his wife Lynn enjoy spending time with their three teenagers, Finley, Mason and Emory. Michael enjoys playing sports with his children and helping instruct them in music.